The Indelible Mark That Screams Victim

When I began my journey to healing, I wore the indelible mark of a former victim of Narcissistic Abuse. Everything about me seemed to shout that I was a broken human being.

It’s not exactly a badge of honor, but it’s not something survivors should be ashamed of, either. More than anything, this indelible mark of Narcissistic Abuse is something that we need to be aware of.

Because it’s not a conscious thing, we don’t automatically know we’re wearing it. It’s not like I was walking around with a giant sign on my face that screamed, “Hey, I was horribly abused and I haven’t healed yet. I’m vulnerable! My judgment sucks at this point and I’m an easy mark!”

We never have to write a single word on any part of our bodies to be vulnerable to predators. They sense it. They’re experts at finding our demons and manipulating us into trusting them.

When the predator decides to pounce, we’re blindsided. Suddenly, the cycle of abuse has come full circle and, once again, we’re the prey that’s being eaten alive.

It’s a pattern that victims of abuse repeatedly and inadvertently fall into. I was determined not to get back on the merry-go-round to hell. Maybe I was marked, but I was no longer ignorant.

Notice I didn’t say dumb or naive. Just because someone becomes a victim doesn’t mean they’re reckless or stupid. And it certainly doesn’t mean they asked for it or like being abused. It simply means they didn’t recognize the manipulation techniques of the predator who saw them as prey.

Empathetic people don’t go out in search of a victim. They don’t have a hidden agenda when they meet new people, and they don’t expect anyone else to, either.

I used to believe in the inherent goodness of people, but I learned the hard way that there’s no such thing. Being human and being humane are two different things entirely.

My path to recovery has included a lot of newfound awareness. I’ve educated myself about Narcissistic Personality Disorder, manipulative behaviors, and other topics that give me a better chance of protecting myself against predators.

I’m a firm believer that knowledge is power. Still, it’s not a guarantee, so for several months, I didn’t give anyone a chance to manipulate me. Long before the pandemic, I practiced social distancing.

I also accepted that I’d be wearing this indelible mark of Narcissistic Abuse for a while. I just had to heal. Then I’d worry about getting rid of the scars.

Never in my wildest dreams did I think I’d still be wearing the mark three years later. Yet, here I am.

It isn’t really noticeable to the casual observer. But if you look a little closer, you can’t miss it.

Unfortunately, there are times when the horrors of the past creep into the present. A couple of nights ago was one of those times.

My fiancé and I were talking about my upcoming move to the other side of the world. His world.

Normally, those talks are the happy anticipation of two people very much in love. Two people close to starting their new life as a married couple.

Demons: The Spawn Of The Narcissist

Well, I hurled a giant monkey wrench from America all the way to Saudi Arabia, let me tell you. I suddenly transformed from human being to complete jackass, with no warning.

Even worse, I couldn’t come up with a reasonable explanation for my outburst. Not at the time, anyway.

Lo and behold, the indelible mark clarified things for me a little later. I’m terrified of becoming a victim again.

Not necessarily. Not if he has never intentionally hurt me. Nor does he exhibit any signs of being manipulative, deceptive, or narcissistic. Nada.

And not if he treats me with dignity, respect, empathy, kindness, and compassion. Not if I know, with every fiber in my body, that he loves me.

The crazy thing is that I do know he loves me. I can’t explain why I occasionally freak out and question something I know is real.

That’s the reality of being a survivor of Narcissistic Abuse. Sometimes, the demons of a former victim don’t die easily. They come back as ghosts to haunt you when you least expect it.

Still, I came close to letting the ugliness of my past sabotage my future, which is exactly what the demons want. After all, they’re the spawn of the narcissistic abuser.

The truth is, I have come a long way on the path to healing. But I haven’t completed the journey yet. Certain things in life don’t have time frames, and some scars take longer than others to heal.

Sign Up To Get Tips For Recovery, Building Self-Esteem, Gaining Confidence, And More! 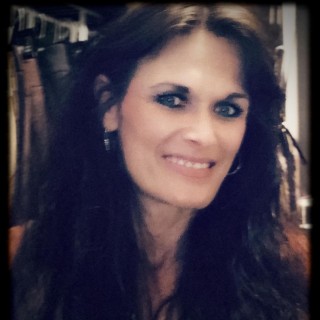